Next Big Library Read kicks off on November 1 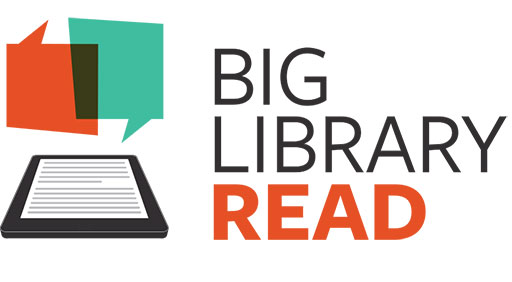 In Five Total Strangers, Mira needs to get home for the holidays. Badly. But when an incoming blizzard results in a canceled connecting flight, it looks like she might get stuck at the airport indefinitely. And then Harper, Mira’s glamorous seatmate from her initial flight, offers her a ride. Harper and her three friends can drop Mira off on their way home. But as they set off, Mira realizes her fellow travelers are all total strangers. And every one of them is hiding something. Soon, roads go from slippery to terrifying. People’s belongings are mysteriously disappearing. Someone in the car is clearly lying, and may even be sabotaging the trip—but why? And can Mira make it home alive, or will this nightmare drive turn fatal?

Big Library Read is an international reading program that connects millions of readers around the world with an ebook through public libraries. Five Total Strangers is the 26th selection of this program which began in 2013 and takes place three times per year. Readers can join an online discussion about the book at https://biglibraryread.com/join-the-discussion/. Five Total Strangers will be available for simultaneous use in ebook or audiobook formats on Libby between November 1 to 15.

Five Total Strangers was published as an ebook by Sourcebooks and as an audiobook by Dreamscape. The title can be read on all major computers and devices through Libby or libbyapp.com, including iPhone®, iPad®, Android™ phones and tablets and Chromebook™ without waitlists or holds. The title will automatically expire at the end of the lending period, and there are no late fees.

To join the discussion, learn about past Big Library Read titles and download Libby, visit biglibraryread.com.